In 2008, Prime Minister Harper apologized for the mistreatment of Indian children at Canadian residential schools. But to get everyone’s mind off the covid scam, Prime Minister Fidelito Castro and the lapdog media have revived this story saying “a mass grave” containing 215 bodies had been found at the Kamloops residential school. This feeds into his racist anti-white globalist agenda.

“The Kamloops school was operated by the Catholic Church from 1890 to 1969. The federal government then took over to run it as a residence for a day school until closing it in 1978.Prime Minister Justin Trudeau ordered flags at federal buildings to fly at half-mast Monday and he also announced more support will be made available to residential school survivors.”

The BBC screamed “Canada wide search urged as children’s remains found.”
However the Indian band that released the story has denied that there is a “mass grave.” They cannot tell by using ground radar equipment and will release more info later this month. 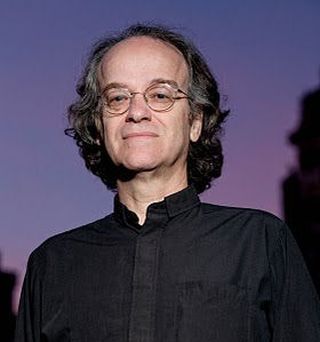 Kevin Annett, left, has been exposing this genocide for three decades only to be met with ostracism and hostility. He writes:

“Aboriginals still die at genocidal levels as their communities are destroyed by corporations hungry for their lands. All of us are threatened by this slaughter. The same police state methods of imprisonment, censorship and mandatory vaccinations used against natives are now being deployed against all Canadians.’

End the Reign of Terror against Children: Stop the Canadian Genocide!

Starvation. Torture. Gang rapes. Medical experiments. Sterilizations. These crimes were inflicted on children for generations in the Catholic Indian “residential school” in Kamloops, B.C. But it was only one of over a hundred such death camps across Canada run by the Catholic, Anglican, and United churches, with the funding and approval of the Canadian government. Over 60,000 children died in these hell holes, but no-one has ever been prosecuted for their mass murder!

The criminals responsible are hard at work destroying the evidence and subverting justice. Church and State have burned documents, silenced eyewitnesses, and destroyed the graves of their victims, as is happening right now in Kamloops. You the taxpayer are funding these crimes, in violation of international law.

These atrocities are not a thing of the past. Native children are still trafficked and killed by the Catholic Church and used by Big Pharma in drug testing experiments. Aboriginals still die at genocidal levels as their communities are destroyed by corporations hungry for their lands. All of us are threatened by this slaughter. The same police state methods of imprisonment, censorship and mandatory vaccinations used against natives are now being deployed against all Canadians.

Despite this, resistance is building. For years, our Tribunal has documented the residential school mass graves and confronted the churches and government. In February 2013 we convicted them of Crimes against Humanity and forced Pope Benedict to resign. Standing arrest warrants empower Canadians to detain officers of these churches and seize their properties as reparations for their murdered victims. Justin Trudeau and Pope Francis belong behind bars!

Our Tribunal is leading the fight to end genocide in Canada. We are conducting excavations at Indian residential school mass graves and are taking direct actions to shut down the Catholic, Anglican, and United churches as convicted criminals. Save the lives of children by helping us stop the ongoing genocide!